How to think beyond in the digital age?

How to generate ideas in the digital era

If you play with their rules, you will always be behind.

Already immersed in the information age, where all knowledge is available, the big challenge is: how to generate ideas that are really new and original with everything that exists already?

There are two alternatives:

The first option is an evolutionary innovation, consisting of incremental changes, introducing improvements, and increasing quality. Problematic, is not a differentiating thought, since the user does not feel these improvements are something new, but rather as an addition. We enter fully into a “Red Ocean”, that is, in a market saturated with offers. Ex: evolution of mobiles.

The second option is the disruptive line, we break with the established, and we invent a new market, we set our standards, we decide. You generate something that is totally different, that people quickly detect as something original, something they had never seen before. Surprising people is the most difficult thing in this world, to get to this, you have to make them discover that there are another ways of doing things. Ex: Ipad, which generated an APP market, creating a “Blue Ocean”, that is, a whole market to be explored.

Disruptive ideas are not easy to generate, and less to implement. A disruptive idea usually creates dangerous ideas and no, we are not referring to ideas that harm humanity. We refer to thoughts that face existing paradigms, ideas that can shake a Status Quo, it is hard to break what has been defined for years costs. These ideas provoke fear or rejection because they are totally new and, as good animals we are, that scares us, but we must trust the curious little ape that we carry inside. If we do not provoke this reaction, our idea is not totally disruptive.

In the beginner’s mind, there are many possibilities; and in the expert’s, few (S. Suzuki)

Which came first, the egg or the chicken? To arrive at that really root-idea we must ask the question, that hypothesis that will really make us generate a totally disruptive idea, because without the previous question it is difficult to generate really disruptive innovation (proposals that generate value) that is not the same as generating disruptive ideas, there are many ideas, but few come to reality.

The disruptive hypothesis serves to force us to discover unposted paths and scenarios. A very powerful tool is the question “What would happen if …?” (What if)

To use well this tool, we must question the clichés of a sector and rethink them. Ex: a cliché of the bank offices is that there is money. What if there was no money in those offices? What would it be for?

Solution: What if the offices sold mobile phones and appliances?

How can we implement these ideas?

When launching these ideas to the market, our biggest asset will be our customers. They are the only ones who we must respond to, so we must observe what they really need. We do not talk about basic needs (the monkey that we carry inside), but what defines us as human beings, a complex animal immersed in a changing culture. What we really need now?

All these are values of disruptive ideas, connections that nobody had seen before. Totally stupid ideas until someone observes them from another point of view. Complexity resolved in a simple clever idea.

If you want to know what kind of clients ask us in the Agency to generate disruptive ideas and become them into tangible concepts, visit our part of projects. For more information, contact us to help you develop disruptive ideas that have an impact on the user and, above all, on your business. 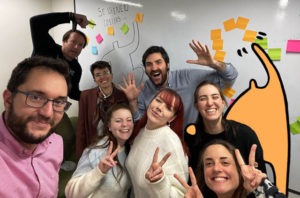 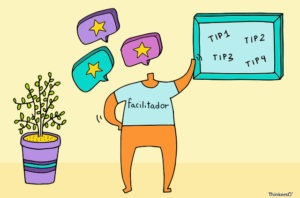